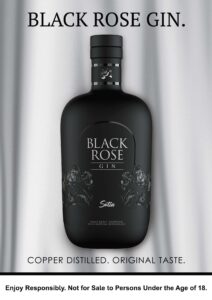 Tell us more about yourself.
My name is Loyiso Mantanga and I am a professional model for ICE Model management, sprinter for Puma
South Africa, and founder and owner of Harmon High-Performance Training & Harmon Media training.
How did your sprinting journey start?

My sprinting journey started in 2010, when I got scouted by the KwaZulu-Natal academy of sport just after I passed matric. The same year I started law school at Varsity College. I won my first district medals at the Salga Games the following year. I have always had a natural ability for speed and what pushed me into sprinting after playing provincial rugby and cricket, was an injury I suffered on my shoulder in my matric year. I always wanted to play sport professionally and athletics was the next best avenue for me, what I didn’t anticipate is how much I would love it and how much of my life it would build.
Please share some of your career highlights.
The biggest highlight of my athletic career was winning my first championship over the 200 & 400m in KwaZulu-Natal, which got me my running contract with Puma, followed by my first SA champion medal in 2013. This led me to being featured in Destiny Man magazine, Sunday World and Sunday Times.

How does your background affect your sprinting career?
Not coming from a particularly privileged background, a lot of what I have has come from sports, from bursaries to help pay my school fees, and just generally trying to fund my sports and in particular athletics. Sponsors are few and far between as it is and I remember the first four years of my athletics career I didn’t have a car and I would take up to six taxis a day after lectures to training, having to walk either in flip flops or barefoot
to preserve the life of my running shoes. And also save a little taxi money so I can attend more sessions per week, I tried my best not to ask too much of my mom who did all she could for us, so I spent a lot of time just quietly trying to make it. On what little I had at the beginning of my career I really couldn’t afford even the taxi money to attend all of my training sessions let alone afford nutritional products and I would train at home alone
just to keep up with the group all the way in the city. This was very disadvantageous, I couldn’t even afford a pair of spikes in the beginning and had to outrun athletes in takkies, that’s how much I wanted it. Getting injuries was a nightmare because I couldn’t at the time afford weekly massages or physiotherapy. My career almost ended when I had a partial rupture on both my Achilles’ tendons during my second season and lost what little sponsorship I had, as the doctors had declared I would never run again. I came back the following year and won two bronze medals at the South African champs and kept pushing ahead.

When I decided to leave Durban because of the lack of support and funds and came to Johannesburg it was basically like starting from scratch and I had to find my feet again after not having the best of years since I won my last championship. It’s been a process of slow and positive progress on the track and reinventing myself as not just an athlete but as a person and making the most of my experience. I had to find a new coach, running club, and training group, I had sold my car in Durban to pay to move up to Joburg and had to figure out what was where and how to get around a brand new town and environment, just the culture shock of Joburg had me stunned and coping with that as an athlete was a lot but I can safely say that after a year or so I got fully acclimatised and can’t see myself living and training anywhere else.
How has your brand grown over the years?

My name is Loyiso Mantanga and the importance of support for an athlete/sports person in South Africa especially is absolutely vital for any success. Sponsors are easier to come by in the main sports like soccer, rugby, cricket even swimming or hockey but very individual sports like athletics get hardly any attention and I am one of the lucky 1% of sprinters in the country that has a team of sponsors and deals with brands that helps sustain my career as most athletes who are extremely talented have no backing and are trying everything to stay in the sport. Some are lucky to have family money to fund them and most just give up. Paying for coaching fees, training gear, and medical expenses add up immensely as athletics is deceivingly expensive, like most other sports. So having funds and resources is vital to any athletes or sportsperson’s success.
Tell us about your coaching journey.

With regards to coaching. In 2019 just about a year after I moved to Johannesburg I started a performance coaching company called Harmon High-Performance training. Initially, I had leaned into my experience in digital media and IT by starting a digital media agency Stone Pepper, which was then sold to fund Harmon. I had never planned to start my own training/gym brand, until one of my sponsors; Sport Pro SA, who had sponsored me gym training at their performance centre World of Rugby, first asked me to train a few of their rugby kids for speed work, as I was a sprinter and the owner Theo, then suggested I start my own gym/training brand. I saw it as an opportunity to build something that was like no other. I had been coaching since around 2008 in soccer, cricket, rugby, and athletics, and even as an athlete one of the biggest challenges I faced was access to the coaching knowledge that would best maximize my own talent and potential, which not many people had access to it and the quality of coaching in general with a lot of athletes, sports persons were not to the standard that can produce professional sports persons.

Many of the sports coaches I had met and spoken to either didn’t really believe in their “clients” or were just coaching for the money and you would have parents and people paying through the nose for what they think is the best coaching for the best results. I was hesitant at first to start Harmon but I decided that if I do start it, I’d go about it very differently. Inspired by Gym Jones (who at the time was an invitation-only gym), I wanted to create something that was special not just from a training perspective but from a cultural point of view, where it all felt like it’s own family, and way of life. After I had decided to go ahead with Harmon, I designed its logo and colours based on the idea of being the gold standard in performance and personal training in South Africa. Taking an almost maverick and ruthlessly clinical approach to training that produces consistent and high-quality results. The name Harmon itself stands for “Harmony” Harmony in all sporting codes as almost all sports share a common trait that links everything together and the gold colors represent that standard and quality. Once I had figured out the brand I joined forces with Thabang Sekomela who help me co-found the brand and we set about developing a training system that is not only unique but produces results. On our first year, our first clients all active touch rugby players achieved their national colours and a national championship with us. We hadn’t realised it fully at that point but we would be starting a habit and trend which not only shows off our quality but puts immense pressure on us to be consistent with our results. We combined our entire coaching knowledge along with additional certificates and diplomas in training, fitness, and nutrition to have a training style and application process that allows us to exploit a person’s full physical and mental potential. This
system translates well into wellness/weight loss training that allows us to also incorporate it to non-sports persons.

We started out coaching speed to the high school rugby players who were at, World of rugby and individual senior players one of them now a former springbok and we started to find that our athletes were not only improving but achieving championship wins and getting their colors and we then decided to be an invitation-only program largely to ensure that we only train those with enough hidden potential and the will, mental, physical and emotional capacity to perform at a high level. We naturally either scout or have potential members referred to us as a result of this and we keep our advertising to a minimum in order to allow is to better ensure the quality of our training and brand.

In the past, almost half a decade we are proud to say all of our individual clients have won at least one championship, played in an A or first team or received their national or provincial colours within the first year of working with us and we haven’t failed yet. We are currently actively coaching strength and conditioning at Hoërskool Randburg for netball and teams and learners at other schools. Our elite program is continuously growing and covers a range of sporting codes with our training with continued success in every member. 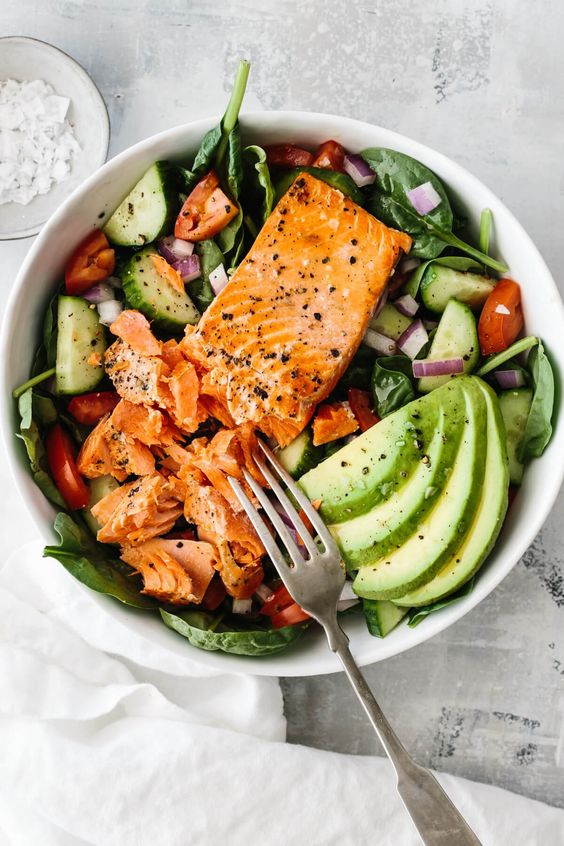 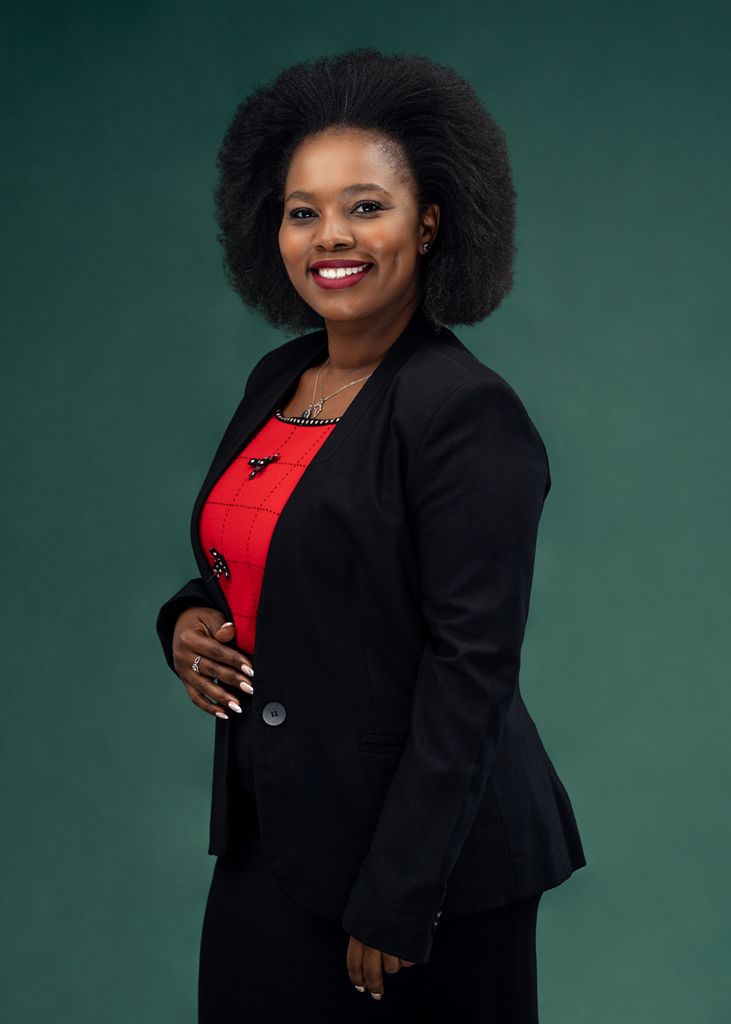